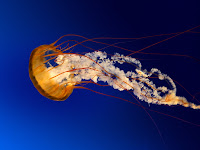 (Reminder: The principles I an sharing are universal, although I relate them within the particular framework of Christian terminology. So please relate the information to the spiritual path you are on, and let me know the similarities. Thanks)

That quote popped into my mind this morning, early before the sunrise. The passage goes on to say that iniquity has been laid upon us as a result. I have for a long time regarded that message as saying we are not necessarily "bad", but that somewhere along the line, we saw ourselves as separate from the rest of creation. I haven't done the blame and shame thing in quite some time, and I can't in consciousness attribute that tendency to the Divine Source.

But...
What if we weren't separate at all?
What if that same divinity that lives within us was also living within all creation?

What Isaiah was inviting me to do this morning is realize that we are standing at the metaphorical foot of the cross. Holding vigil and witnessing the agony and death of one (among many) who has intiated us into Christ Consciousness.

In that event 2000 years ago, there were those who were in power and power struggles looking to scapegoat anyone to maintain their power base. There were also those who were unconcerned about the events of that day that would mold centuries of human thought and direction. I imagine a lot of people didn't even know or care what was going on in the City that day. And there were those folks who had had personal experiences with the man on the cross, and were there waiting.

When I looked out over the Gulf in my journey, I saw Christ. And since then have been contemplating that vision.

And we wait - with the many different thoughts and emotions that we all are experiencing right now.

The difference is that now we know there is always ressurrection and new life. It is our hope. It is the bigger picture that gives us the strength to hold the space now with compassion and understanding.

And we understand that the major factor in all crucifixions is our continued belief that we are separate.

All blog posts are copyright 2010 by Karen Furr
Posted by Spirit Drum at 9:57 AM